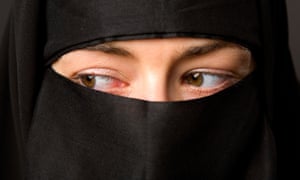 A Massachusetts man was charged with hate crimes after he threatened an airline worker at Kennedy International Airport who was wearing a head scarf, kicked her and told her “Trump is here now” and “he will get rid of all of you,” officials said on Thursday.

The man, Robin A. Rhodes, 57, of Worcester, Mass., arrived from Aruba on Wednesday night and was awaiting a connecting flight to Massachusetts when he approached the worker, Rabeeya Khan, in the Delta Air Lines Sky Club lounge at Terminal 2 between 7:10 p.m. and 9:45 p.m., the Queens district attorney, Richard A. Brown, said in a statement on Thursday. Ms. Khan wore a head scarf known as a hijab.

Mr. Rhodes went to her office door and asked if she was sleeping and, according to the statement, said: “Are you praying? What are you doing?” He then punched the door, which hit the back of her chair. He threatened Ms. Khan and kicked her in the right leg, according to the statement. She moved to a corner of the office but he kicked the door, stepped into the office and blocked her from leaving.

When another person tried to calm him, he moved away from the door and Ms. Khan ran to the front desk of the lounge, according to the statement. Mr. Rhodes followed her, got on his knees and began to bow down in imitation of a Muslim praying and shouted expletives about Islam and ISIS, the prosecutor’s office said.

In an apparent reference to Muslims, he said, according to the prosecutor’s office: “You can ask Germany, Belgium and France about these kind of people. You will see what happens.”

Is it really worth all this suffering ? Covering your hair is not mandatory in Islam and
it brings more harm than good.

In his series “Ballerinas of Cairo,” photographer Mohamed Taher documents Egyptian dancers making the city streets their stage ― pirouetting, leaping and posing their way through their country’s sprawling capital.

The photos are, at first glance, stunning snapshots of a city’s vibrant culture in motion. But considering the dangers Egyptian women face for roaming these same streets on a daily basis, their impact is far deeper.

“There’s a huge problem for women in [Egypt’s] streets,” Taher recently told Upworthy. “There’s a lot of sexual harassment … so now this was a layer of the project.”

Sexual harassment continues to present not just a possibility but a terrifying reality in present-day Egypt. A 2013 United Nations report calculated that 99.3 percent of women in the country have experienced sexual harassment on the streets, a problem that’s sparked initiatives giving women a way to fight back. The violence is rooted in an extreme conservative perspective encouraging women to stay in the home.

In early January, the Egyptian Parliament approved tougher penalties for perpetrators of sexual harassment in an attempt to reroute a system that previously blamed and humiliated victims.

Now, the minimum prison sentence for sexual abusers is one year ― double its previous length. The fine for such a crime has been increased, as well, to a minimum of 5,000 and a maximum of 10,000 Egyptian pounds. Yet, as one activist told an Egyptian news source, true change won’t happen until Egyptians change their minds about harassment.

“Egypt does not lack laws, nor does it need harsher punishments,” Hala Mostafa, a founder of the initiative “I Saw Harrassment,” told Al-Monitor. “Egypt lacks political and social will.”

With luck, projects like Taher’s will help remold the minds of Egypt’s public through photographs whose message far exceeds their beauty.